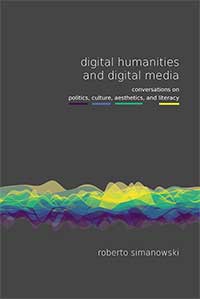 There is no doubt that we live in exciting times: Ours is the age of many ‘silent revolutions’ triggered by startups and research labs of big IT companies; revolutions that quietly and profoundly alter the world we live in. Another ten or five years, and self-tracking will be as normal and inevitable as having a Facebook account or a mobile phone. Our bodies, hooked to wearable devices sitting directly at or beneath the skin, will constantly transmit data to the big aggregation in the cloud. Permanent recording and automatic sharing will provide unabridged memory, both shareable and analyzable. The digitization of everything will allow for comprehensive quantification; predictive analytics and algorithmic regulation will prove themselves effective and indispensable ways to govern modern mass society. Given such prospects, it is neither too early to speculate on the possible futures of digital media nor too soon to remember how we expected it to develop ten, or twenty years ago.

The observations shared in this book take the form of conversations about digital media and culture centered around four distinct thematic fields: politics and government, algorithm and censorship, art and aesthetics, as well as media literacy and education. Among the keywords discussed are: data mining, algorithmic regulation, sharing culture, filter bubble, distant reading, power browsing, deep attention, transparent reader, interactive art, participatory culture. The interviewees (mostly from the US, but also from France, Brazil, and Denmark) were given a set of common questions as well specific inquiries tailored to their individual areas of interest and expertise. As a result, the book both identifies different takes on the same issues and enables a diversity of perspectives when it comes to the interviewees’ particular concerns.

Among the questions offered to everybody were: What is your favored neologism of digital media culture? If you could go back in history of new media and digital culture in order to prevent something from happening or somebody from doing something, what or who would it be? If you were a minister of education, what would you do about media literacy? What is the economic and political force of personalization and transparency in digital media and what is its personal and cultural cost? Other recurrent questions address the relationship between cyberspace and government, the Googlization, quantification and customization of everything, and the culture of sharing and transparency. The section on art and aesthetics evaluates the former hopes for hypertext and hyperfiction, the political facet of digital art, the transition from the “passive” to “active” and from “social” to “transparent reading”; the section on media literacy discusses the loss of deep reading, the prospect of “distant reading” and “algorithmic criticism” as well as the response of the university to the upheaval of new media and the expectations or misgivings towards the rise of the Digital Humanities.

John Cayley Of Capta, vectoralists, reading and the Googlization of universities

Erick Felinto Mediascape, antropotechnics, culture of presence, and the flight from God

Ulrik Ekman Network Societies 2.0: The extension of computing into the social and human environment

Rodney Jones The age of print literacy and ‘deep critical attention’ is filled with war, genocide and environmental devastation

N. Katherine Hayles Opening the depths, not sliding on surfaces

Roberto Simanowski holds a Ph.D. in literary studies and a Venia Legendi in media studies. He was a research fellow at University of Göttingen and Harvard University, professor of German studies at Brown University and of Media Studies at University of Basel. In 2014 he joined City University of Hong Kong as professor of Digital Humanities and Digital Media Studies in a joint appointment between the English Department and the School of Creative Media. Simanowski is the founder and editor of the journal on digital culture and aesthetics dichtung-digital, editor of three books on digital literature, and author of six books on digital arts and online culture. His book publications in English include: Reading Moving Letters: Digital Literature in Research and Teaching. A Handbook (co-edited, Transcript 2010), Digital Art and Meaning: Reading Kinetic Poetry, Text Machines, Mapping Art, and Interactive Installations (University of Minnesota Press, 2011), Data Love. The Seduction and Betrayal of Digital Technologies (Columbia University Press, 2016). Data Love is part of a series on digital media studies whose second volume, Facebook-Society, has been released in April 2016 (in German) and third volume, on media literacy, is scheduled for Spring 2017.